Yet Most People Are Unaware!

The signs are all around us, Biblical Prophecy is being fulfilled before our very eyes. Volcanoes around the world are heating up and beginning to erupt, more and more earthquakes going off, even the Geysers at Yellowstone are showing strange signs, and now a new super-volcano is reported to be forming underneath Massachusetts, New Hampshire and Vermont! What a very strange location for a volcano, New England of all places?

The talks of peace are all over the News with the recent peace talks between Trump and Kim Jong Un of North Korea. And Jared Kushner and Prince William are busy in the Middle East to push the peace deal between Israel and Palestine for the two-state solution, all of it only meant to make Jerusalem an international city that would be under the control of the Vatican! But with talks of peace, comes sudden destruction!

1 Thessalonians 5:3 “For when they shall say, Peace and safety; then sudden destruction cometh upon them, as travail upon a woman with child; and they shall not escape.”

While on one hand they talk about peace, still the nations seem to be preparing for war. The United States continues to send forces to Eastern Europe, basically right against Russia’s border, we are still financing Saudi Arabia and arming them as they slaughter innocent Shiites in Yemen in a greater purpose of completely destroying Shiite Islam. 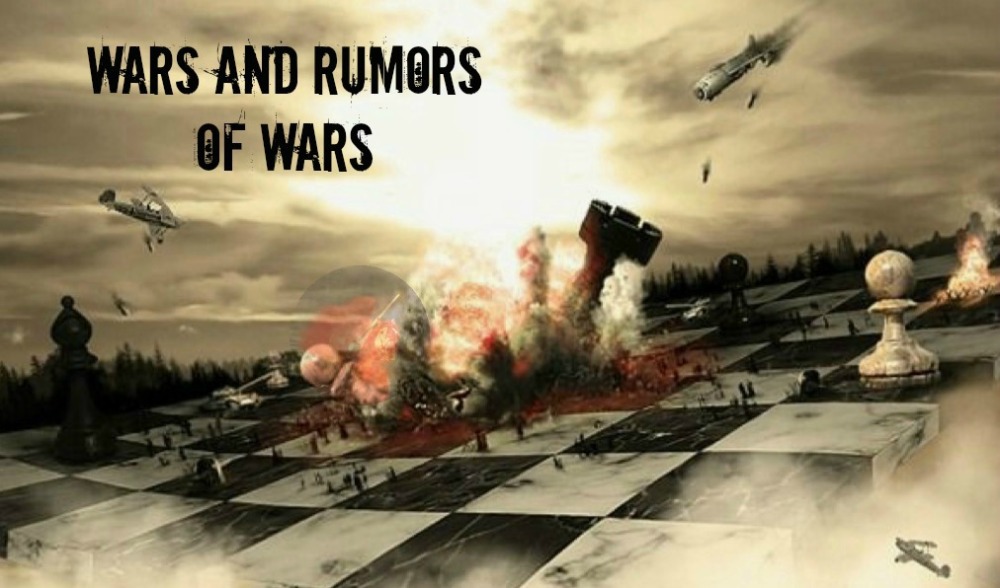 The World Continues to Get More Evil

Sin continues to spread, like a cancer through this Flat Earth. It certainly doesn’t help that Hollywood filth is completely cemented into Western culture today and it is also seeping very quickly into developing nations, further degrading their cultures and inspiring the continued rise of atheism, and beyond that — New Age sorcery. And as mankind continues to reject God, they will continue to sin, and the sins will continue to get worse and worse.

We have seen only a small portion of the evils that go on in the world. There are massive pedophilia cults that exist that’s members are high level government employees, politicians, CEO’s of major corporations, athletes, celebrities, etc. A lot of these celebrities you see having melt downs or seem like they are going crazy are in fact victims of these cults in the past and are kept mind slaves through MK-Ultra mind control programs.

These people in Hollywood continue to promote the transgender agenda, Homosexuality, abortion, racial miscegenation, attacking God’s Word, they mock the truth in their movies and songs, mixing it with comedy or jokes to diminish the truth in the mind’s of the masses.

Harvey Weinstein was only the tip of the iceberg in the whole Hollywood initiation rituals. To make it big as a celebrity, you must sell yourself or your soul to Satan. You will be given riches and fame, but at the price of yourself.

2 Timothy 3: 1-17 “This know also, that in the last days perilous times shall come. For men shall be lovers of their own selves, covetous, boasters, proud, blasphemers, disobedient to parents, unthankful, unholy, Without natural affection, truce-breakers, false accusers, incontinent, fierce, despisers of those that are good, Traitors, heady, highminded, lovers of pleasures more than lovers of God; Having a form of godliness, but denying the power thereof: from such turn away. For of this sort are they which creep into houses, and lead captive silly women laden with sins, led away with divers lusts, Ever learning, and never able to come to the knowledge of the truth. Now as Jannes and Jambres withstood Moses, so do these also resist the truth: men of corrupt minds, reprobate concerning the faith. But they shall proceed no further: for their folly shall be manifest unto all men, as their’s also was. But thou hast fully known my doctrine, manner of life, purpose, faith, longsuffering, charity, patience, Persecutions, afflictions, which came unto me at Antioch, at Iconium, at Lystra; what persecutions I endured: but out of them all the Lord delivered me. Yea, and all that will live godly in Christ Jesus shall suffer persecution. But evil men and seducers shall wax worse and worse, deceiving, and being deceived. But continue thou in the things which thou hast learned and hast been assured of, knowing of whom thou hast learned them; And that from a child thou hast known the holy scriptures, which are able to make thee wise unto salvation through faith which is in Christ Jesus. All scripture is given by inspiration of God, and is profitable for doctrine, for reproof, for correction, for instruction in righteousness: That the man of God may be perfect, thoroughly furnished unto all good works.”

Our society is so full of themselves, the churches are nothing more than money making schemes telling you things that will tickle your ears, and not convicting you as the true Gospel SHOULD!

We are slowly seeing the American Empire fade away, not to say that’s a bad thing as it committed so many evils. But the New World Order is going to replace it, and it’s only going to be much, much worse! We see the focus of the World going back to Jerusalem with the U.S. Embassy rightfully being moved there as that is the true capital of Israel, and that city will be the focus of the world as we go into Daniel’s 70th Week, the Final 7 year Tribulation.

As born-again Christians, now is the time to amp up our duty of spreading the Gospel to ALL people. Remember we wrestle not against flesh and blood, but against demonic spirits!

Ephesians 6:12 “For we wrestle not against flesh and blood, but against principalities, against powers, against the rulers of the darkness of this world, against spiritual wickedness in high places.”

It will soon be time that the Church will be raptured out, many may even be killed before then as chaos starts to ensue as this nation begins to collapse more rapidly. Not to mention the massive increase in extreme weather that is sure to come, more earthquakes, all these volcanoes around the Ring of Fire going off, tornadoes, hail storms, hurricanes, etc. This country will be descending into massive chaos! I also believe that the East Coast is set for a MASSIVE tsunami, whether it’s sent by God as judgement, or if it’s set off by the Jesuit’s in charge using underwater bombs that they have.

I see so many different things converging together, in terms of AI advancements to prepare a robot workforce so the New World Order will have a steady production while keeping mankind in check population wise. We also see them preparing the world for a fake alien invasion as I covered in a previous Post “New World Order: Part Three: The Alien Deception Exposed”, especially with Trump’s Space Force that he wants to create. To which I cannot help but laugh at how ridiculous that is and so many people believe it!

It’s just so weird that most people cannot see these things as I do. It’s so obvious to me that we are nearing the Tribulation period and that all this will soon be over! But it’s just as the Day’s of Noah.. the worldly people are about their business, still marrying, drinking, working, having fun, etc. Paying no attention to the signs of the times! They even mock the obvious signs like the sign in the Heavens on Sept 23, 2017 which fit the Revelation 12 sign to a t. 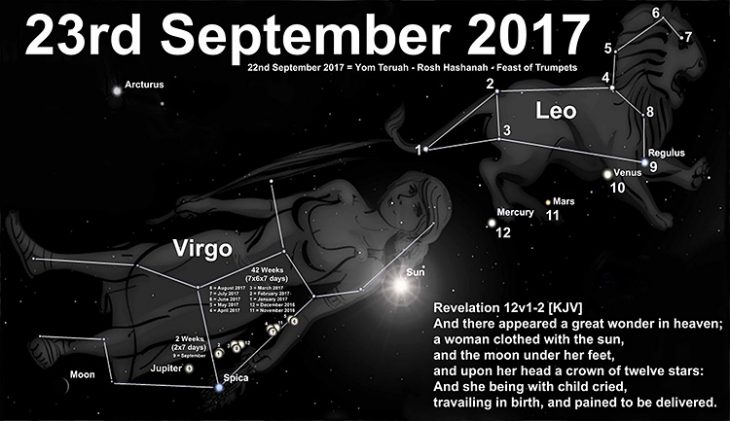 These are trying times and the World will hate you for preaching the truth, this is why the Bible calls it the Narrow Road, it’s a lonely journey being a watchman.

John 15: 18-27 “If the world hate you, ye know that it hated me before it hated you. If ye were of the world, the world would love his own: but because ye are not of the world, but I have chosen you out of the world, therefore the world hateth you. Remember the word that I said unto you, The servant is not greater than his lord. If they have persecuted me, they will also persecute you; if they have kept my saying, they will keep yours also. But all these things will they do unto you for my name’s sake, because they know not him that sent me. If I had not come and spoken unto them, they had not had sin: but now they have no cloak for their sin. He that hateth me hateth my Father also. If I had not done among them the works which none other man did, they had not had sin: but now have they both seen and hated both me and my Father. But this cometh to pass, that the word might be fulfilled that is written in their law, They hated me without a cause. But when the Comforter is come, whom I will send unto you from the Father, even the Spirit of truth, which proceedeth from the Father, he shall testify of me: And ye also shall bear witness, because ye have been with me from the beginning.”

But this is our purpose here, to preach the truth about salvation and the evils of this Beast System! Our life on this Earth is temporary and should be used to serve God, our true home lies with Jesus for eternity on the New Earth and New Jerusalem. For our works serving the Lord here, we shall be rewarded for these deeds in surrendering ourselves to the Will of God!

Please share this post so people can see the times we live in, and so our fellow Brothers and Sisters can see the truth and boldly proclaim their status with our Lord Jesus Christ. We don’t want to see all these lost people going to Hell and eventually the Lake of Fire. We want to see as many people as possible come to the truth and accept the freely given gift of Grace!