The Origins of NASA 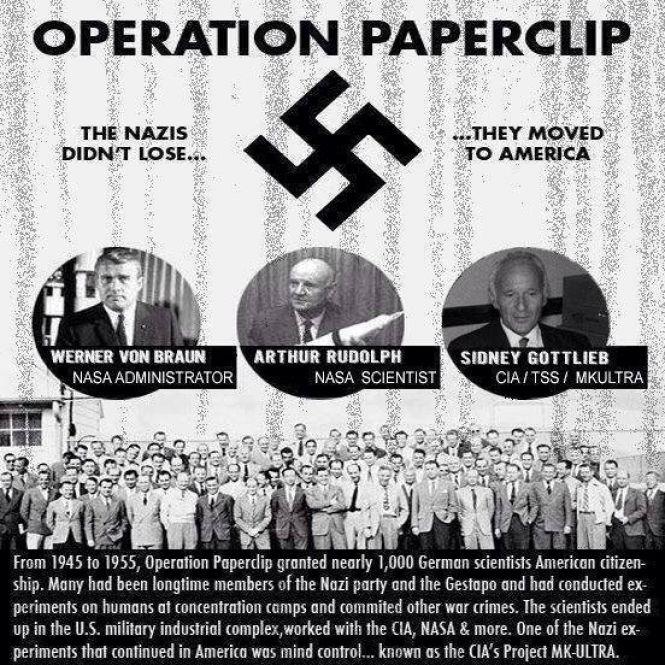 After World War II ended in 1945, the United States brought in some of the top Nazi officials into the U.S. for their expertise in different sectors. It was these ex-Nazi officials that set up shop in the CIA and started the MK-Ultra program that lasted several decades and still many believe to this day. They brought about the popularity of psychedelic drugs, using mind control tactics in music, music videos and Hollywood movies through subliminal messages. Many even believe the Nazis had developed the “flying saucer” technology and they were behind the sightings that began occurring after the end of the War, culminating with the Roswell crash in 1947. But with these factors aside, I will go more into MK-Ultra on a later date, but today the focus is on the NASA and the fake Space-program, perpetrated the false heliocentric model and globe earth. 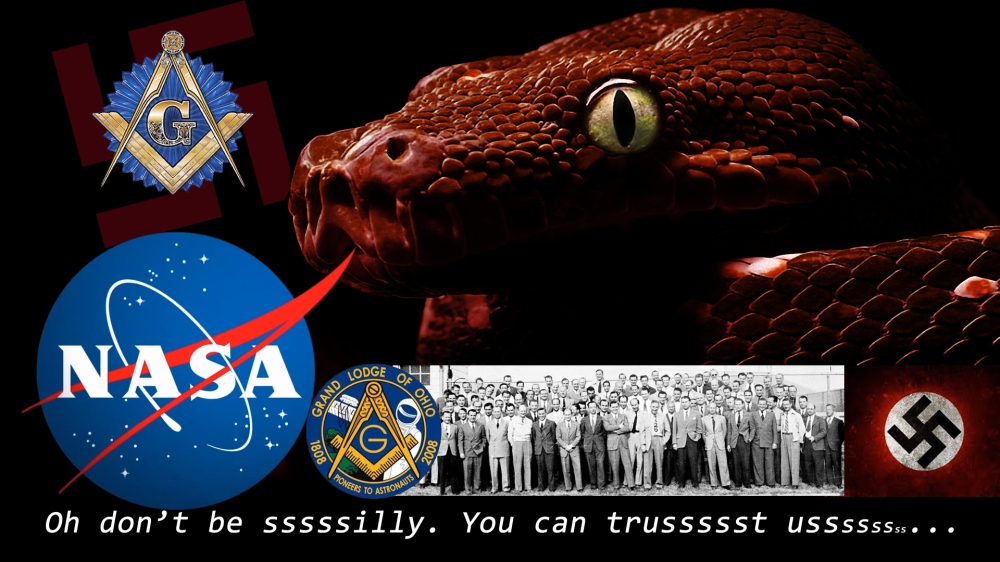 Wernher Von Braun was one of the main players brought over from Germany. While in the Nazi Party, he served as an aerospace engineer attempting to develop more advanced rocket technology for the Nazi regime. It was his expertise that the United States desired after the War ended to keep mankind in a state of perpetual fear as the controlled Cold War began with the USSR and the United States engaged in a “Space Race”. It was all about control, nothing more. Fear that the Soviets could attain space superiority and rain down death and destruction on the United States, so with that fear, the Hegelian Dialectic engaged once more, the masses rallied behind NASA as they sought to bring man to Space and even supposedly the moon.

Let’s not forget, that I claimed earlier that when the Nazis came over, the media brainwashing was brought up another notch. It was in the 1950’s that science fiction began taking off with space exploration and the escalated worry of extraterrestrials from Outer Space, who as I mentioned in a previous post, these aliens are nothing more than fallen angels – demons. This fiction put out by Hollywood helps open up the public to the concepts that NASA would eventually put out as reality, and the people would soak it up!

And then here comes the moon land HOAX!

What else is there to say on that matter?

There could be a book written on all the various lies put out by NASA, from the missions, not being able to get back the Van Allen Radiation belt – the Heliocentric way of saying the Firmament, their cartoon portrayals of the planets as exposed in Part three.  The lies go on and on, and now they are looking for alien life out there, and putting out suspicious videos intentionally showing “UFO’s” to get more and more people to demand disclosure for the future fake alien invasion to help bring about the Anti-Christ.

Ah Lucifer, what a great Christian name for such a great, Christ worshiping Church… Oh wait, Lucifer became Satan didn’t he? That’s quite weird then. Why is the Vatican looking out into so called “outer Space”. Why are they so intent on getting contact with these fallen angels…err aliens. Why is it that the Pope said he would gladly baptize an alien if they made contact. 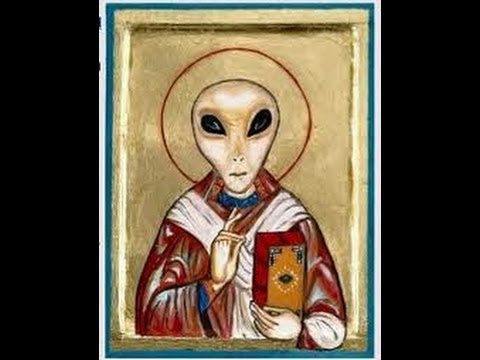 Maybe, just maybe.. Roman Catholicism was never Christian to begin with, maybe they are the Anti-Christ Church, hence the Pagan holidays, hence the Pagan rituals, hence the ecumenical movement, and definitely connecting together with wanting to baptize the alien leader if they make contact, and for sure, this time will come in the near future. Most likely it will coincide with the rapture of the Church – as the New Age concept of the higher beings coming back will be “re-educating” those that are not yet ready to “evolve”, aka Christians that know the truth. I hope some of you are starting to see the bigger picture in all of this. This is why flat earth matters, there is no outer space, there are no aliens from other planets. We were created, there is no macro-evolution either. The globe earth and the infinite Copernican cosmology was designed to hide God, the God of the Bible and to usher in these other deceptions.

Now we have some more future topics that I want to go into further detail with; that is the false BELIEF of macro-evolution, and also going into more detail on the alien agenda and how they truly are fallen angels – going all the way back to Sumer and the Anunnaki. Possibly more pieces are being put together in your mind now, when the fake alien invasion comes, it will be the return of the Anunnaki, at least for the New Agers and the Pope will most likely proclaim them as such. Well I look forward to talking more about it in a future post.

Once again I thank you for reading and God Bless!