Sheeple 2.0? What does that mean? I say this in regards to the majority of “truthers” out there, that are not their own individual, they are still followers of what other people think or believe. They mass have “awoken” to the paradigm they were born into and indoctrinated into from a very young age, from learning about 9/11 truth, flat earth, learning about controlled media or the reality of chemtrails. But what happens is they start following their favorite “celebrity truthers”, these being the likes of Alex Jones, Qanon, Donald Trump, Wikileaks, RT, David Icke, Eric Dubay, Anonymous, Mark Sargent, etc.

The way I see it, all these individuals or organizations that become popular within the “truther” community, are usually controlled opposition or Jesuit coadjutors meant to continue to keep people distracted from real threats facing society, or to make a joke of “conspiracy theorists” to the masses of sheeple in society. We see this play out with Alex Jones playing a fool with his exaggerated freak outs, shouldn’t be surprised though, he’s really just Bill Hicks, a comedian playing his new role. We also see it with the Flat Earth Society, whom the mainstream media always uses to make shaming articles making fun of flat earthers because of the bogus beliefs those clowns put out. 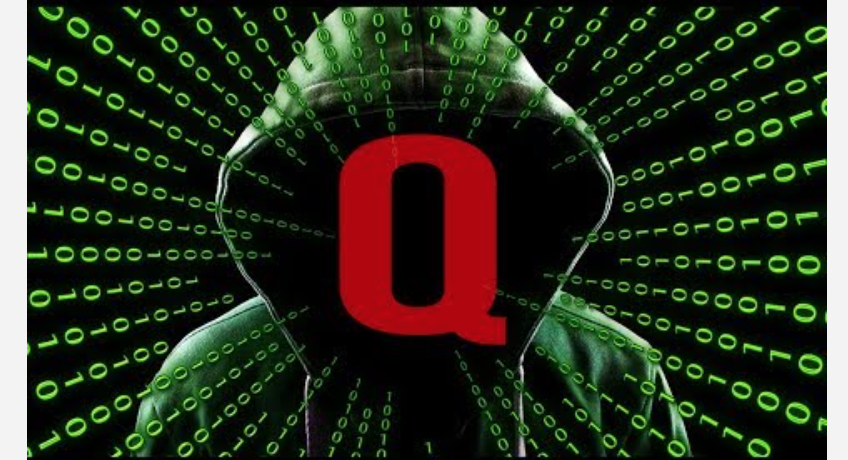 The focus of this post isn’t to bash people for following these popular “truthers” or groups. No, it’s just to not follow them blindly. Eat the meat and throw away the bones. You can discern truths from wackos like David Icke, but just remember, that clown will always try to lead you away from the truth of the Bible and replace the demons with “reptilians”. Qanon may expose the pedophile rings in the country and over the Earth, but are they REALLY being brought to justice by the Trump administration? Or is it just hope-porn to keep people in believing in the State to do the right thing? Meanwhile Qanon doesn’t talk about 5G technology and the dangers associated with it, just distractions and smoke mirrors. And don’t get me wrong, I hope Qanon is right, I hope every last pedophile gets exposed, castrated and publicly executed. But don’t rest your hopes on that happening.

Not all “truthers” are Allies

There seems to be this thing going on in the Conspiracy groups that we shouldn’t be divisive with each other, we can have disagreements yet still work together against the mainstream society and the New World Order. That’s wrong though, and here’s why. This system is place is very intricate and complex, the more you study it, the more you realize that all the truth being leaked and revealed was not by accident. The “truther” community isn’t making grand strides in defeating the New World Order, no, in fact, the “truther” community is another tool used by Satan in bringing about his New World Order. The New World Order is supposed to rise from the ashes of the Old Order, similar to the rebirth of a phoenix, a re-occurring symbol in freemasonry and especially in the United States symbolism as well as that of Rome.

In order for the Old Order to collapse, there needs to be conflict, hence the Trump/Qanon phenomena. Here comes the “truther” heroes to the rescue. As they battle the “Deep State” we have other “truther celebrities” battling the institutions of scientism, that rightfully do need to be fought, but stick with me. Mark Sargent, Patrick Steere (Transexual agent), Eric Dubay (New Ager, vegan) all lead the Flat Earth community as the “leaders” of the movement. There’s the more Christian side with Dean Odle, Rob Skiba and Robbie Davidson, but even they I am skeptical of for Robbie Davidson runs the Flat Earth Conference, which was full of these shills speaking, who all actively disregard the truth of the Gospel of Jesus Christ. The importance of Flat Earth is that it should bring people to the truth of the Gospel, it’s another tool in regards to truth! But these people reverse that, they make the Flat Earth their Gospel, and in turn the flat earth is more important than Jesus when they associate with known atheists, New Agers, Muslims and pagans to spread flat earth and silence Christian speakers at a conference run by a so called Christian, Robbie Davidson. Robbie of course has stated that he wants to fill stadiums in the future. That right there is a red flag to me, as we know any pastor that speaks the uncomfortable truth doesn’t fill a small church, never mind a stadium. Only money hungry, self help guru pastors like Joel Osteen fill stadiums.

And I see it more and more even with Christians in these flat earth groups, they would turn on fellow Christian brothers and sisters who have not yet learned the flat earth reality for themselves, and stick with God haters like Mark Sargent or Jeran of Jeranism. It’s just celebrity worship! And I have to talk about this, what matters more in the end? Preaching the FULL TRUTH of Jesus Christ, or spreading truth about the flat earth? In the end, people coming to Christ even if they are still deceived by the heliocentric model is more important. People are quick to call out Kent Hovind as a shill or a freemason for not accepting Flat Earth yet, which is a possibility, but as far as I know he’s still a brother in Christ, maybe his pride is blocking the truth in that sector. But these same people pointing fingers at Kent Hovind and Ken Ham, will be offended if someone calls out Mark Sargent or Patrick Steere. How unfortunate is that, so quickly to discard Hovind who has utterly annihilated the bogus beliefs of the Big Bang and evolution in the past, just because he hasn’t yet joined flat earth yet. Some people learn certain truths slower than others.

I’m honestly more worried about some flat earther Christians trying to bring the Church back under Mosaic Law, or worried we have to use the correct name of God or we go to hell. Or heretics claiming there is no hell. Sure Flat Earth, and every other conspiracy is important. But ultimately the truth of the Gospel is what it is all about. When you look at the Grand Scheme of things, every last conspiracy is meant to hide God or work against his Will or Creation. Flat Earth realization isn’t going to bring peace on Earth, if anything if the mainstream “truther” community ends up spreading to critical mass, it will bring about mass chaos and eventually a FALSE peace and FALSE marxist utopia and the New Age RELIGION as I have covered in a previous post.

I understand this post seems like a ramble, but it’s how I view the “truther” movement as a whole, I don’t believe it’s genuine. To be genuine, you must have free thought and be confident in your own mind, not blindly changing your perspective every time some popular truther claims something. Eric Dubay claims dinosaurs are a complete hoax for example. All of a sudden, every flat Earther now believe dinosaurs NEVER existed. That’s not true, there is artwork of these creatures all over the Earth from ancient times, not to mention depictions of dragons as late as the Dark Ages with Saint George slaying one. It’s one thing to argue Dinosaurs were a hybrid monster, called a chimera that was created in the pre-flood world, and after the flood world similar to the nephilim giants. But to say these creatures NEVER existed is ridiculous. The people that run the world always promote half-truths, rarely is anything COMPLETELY made up.

The main thing I want you to take away from this post is that you must put all truths in relevance to God, and not the other way around. Just knowing truths won’t save you or save the world. Satan knows the truth, his demons know the truth, and that is exactly why there is no redemption for fallen angels, they knew better and yet still rebelled. What exactly makes you think mankind knowing the truth will all of a sudden conquer our sinful nature if even angels could rebel after they have literally seen God. If your “truths” don’t bring people to Jesus, then it’s a distraction, not much different than the sheeple watching the NFL or the World Cup. Be your own person, and ask God for discernment, and start questioning these popular “truthers” for once, Qanon is not your friend, Trump is not saving us – he’s a Knight of Malta, come on people. Don’t be a sheeple 2.0.

Romans 3:4 “God forbid: yea, let God be true, but every man a liar; as it is written, That thou mightest be justified in thy sayings, and mightest overcome when thou art judged.”